Between February 11 and 13, 2019, Paris offered us its first major international wine event by creating the grand WINE PARIS symposium, a merger of Vinisud and VinoVision Paris. The event was attended by 2000 producers and wine merchants and more than 25,000 visitors (including 35% from abroad) present for the event.

On the first evening of this beautiful event, CROATIA presented some of its finest nectars during the “Croatia evening “ in the salons of its embassy at 7 Square Thiers, Paris 16.

For our presence and our shared joy during this evening, and by their very kind invitation we wish to express our warmest thanks:

To His Excellency M. Filip Vučak, Ambassador of Croatia in France,

and Mrs. Daniela Mihalić-Đurica, Director of the Croatian National Tourist Office in Paris.

All the winemakers present and exhibitors at the WINE PARIS show:

The coming of GRAND ANGLE Productions – Screen of the world, for the surprise viewing and in preview of our reportage in participation to the series ARTE “Of the vines and the men” episode Croatia / Dalmatia.

The winemakers / Croatian domains in the spotlight on this documentary:

Our Klapa KOLURI friends for their traditional polyphonic Croatian songs, their voices and their poignant energy, the embassy’s windows had never vibrated like that:

French sommeliers and oenologists, wine importers, journalists and tour operators specializing in gastronomic tourism, friends and partners who worked and participated in this beautiful evening under the sign of our dear Croatia.

A huge thank you and see you next year! 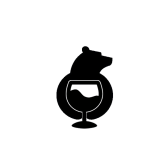 Need some information about our wines or wine tours ?